Book any of the three services below 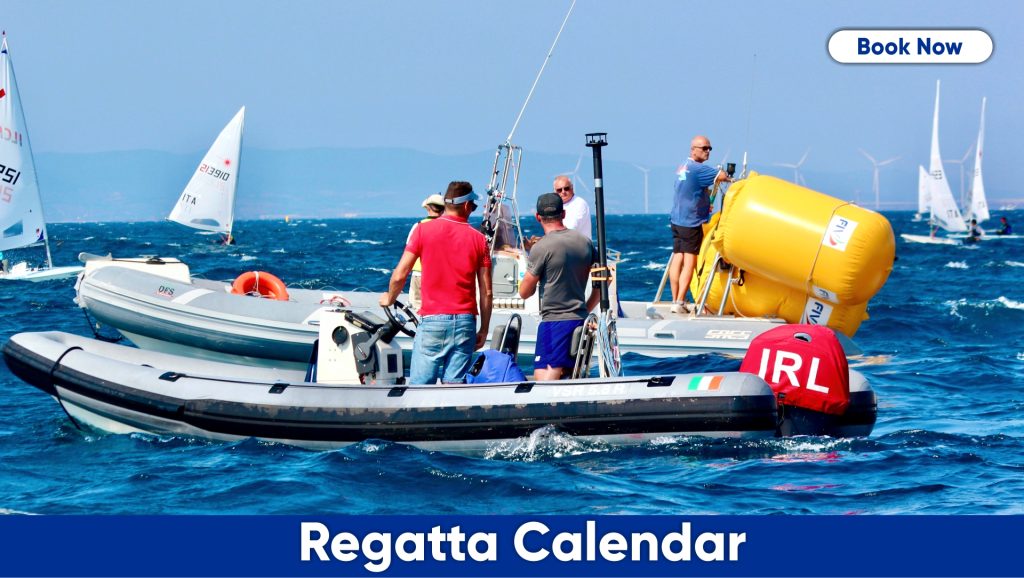 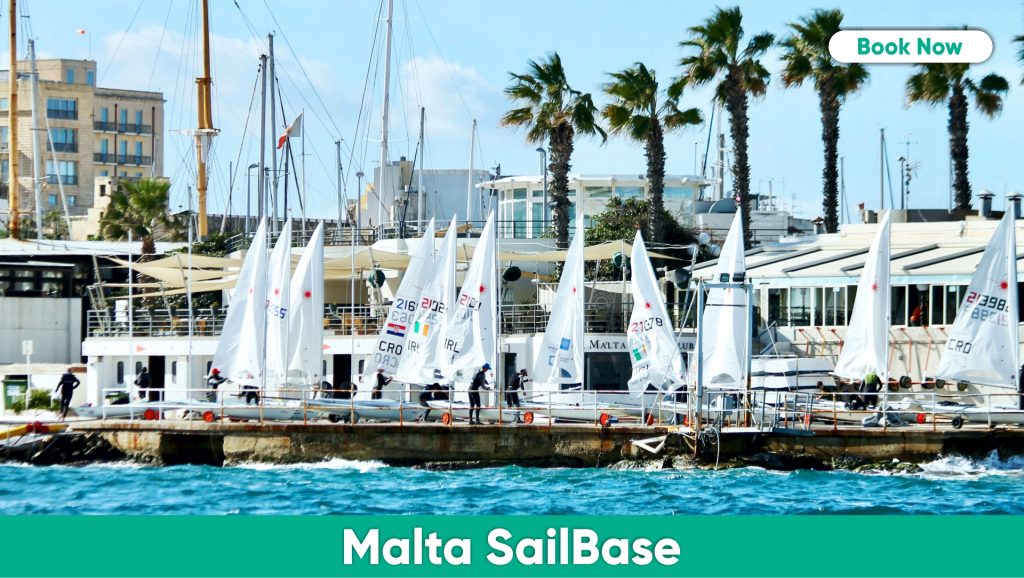 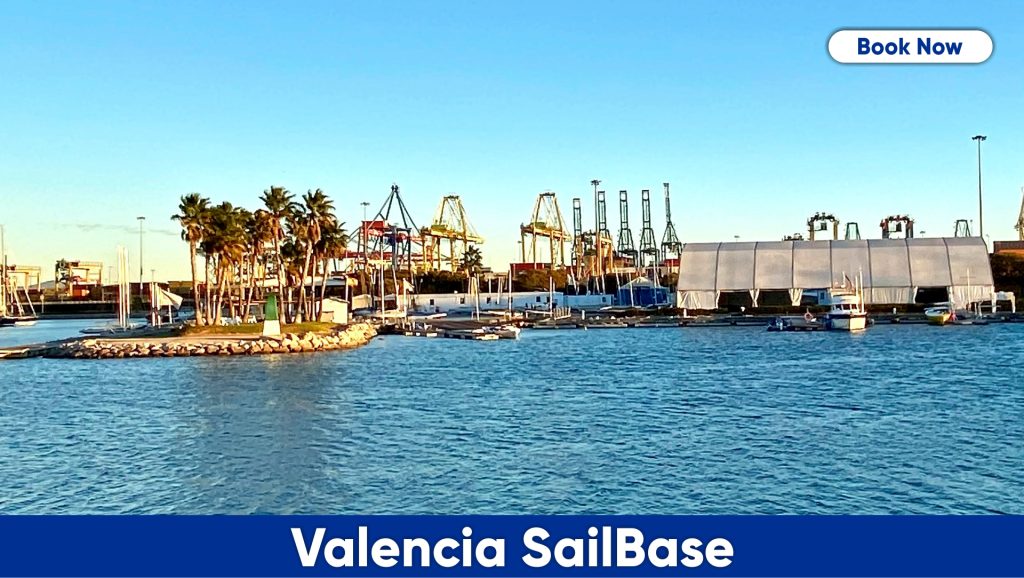 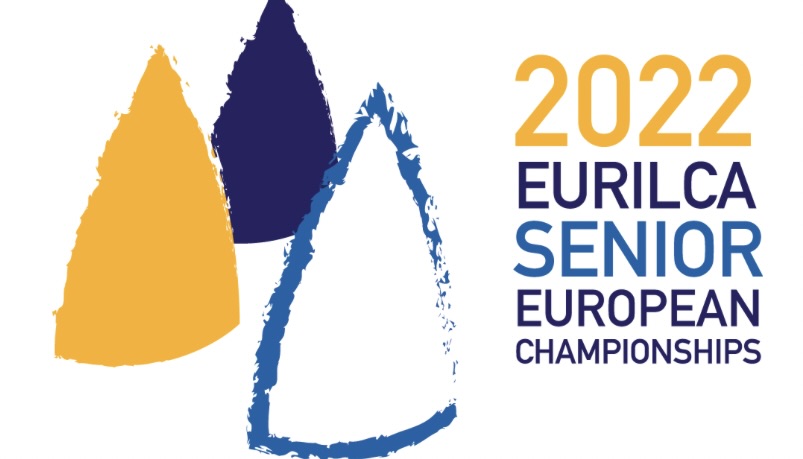 The strength of any service organisation lies in its people and we have some of the best in the coaching business. 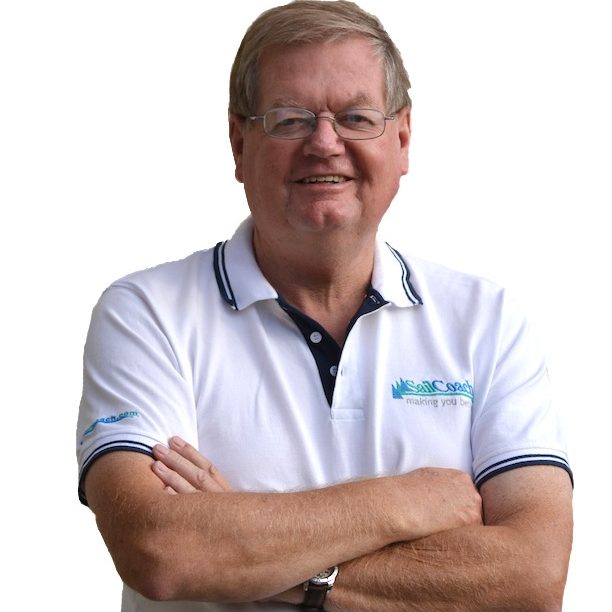 Where to start! Trevor’s innovative coaching style has landed him countless awards and honours over the past 40 years, with his athletes winning Olympic medals, European titles, World number one rankings, World Sailing Youth medals and many World Cup and Europa Cup victories. Trevor, originally from the small village of Newtownards on the outskirts of Belfast, began his prestigious coaching career with the RYA, where he was the UK National Laser Coach with Team GBR for several years, enjoying successes at World and European Championship levels. He later moved back to his native Ireland, setting up the Irish Olympic Development Sailing Team and coached his squad of single and double handers on the international stage. Renowned for his visionary approach to coaching, Trevor later set up SailCoach, where he has guided sailors from an array of different nations to 7 Olympic Games and countless World, European and World Cup Championships with a plethora of silverware along the way. His experience at the highest end of our sport is unique in today’s age, and his knowledge and medal-winning formulae are of great benefit to the young sailors presently in Team SailCoach. 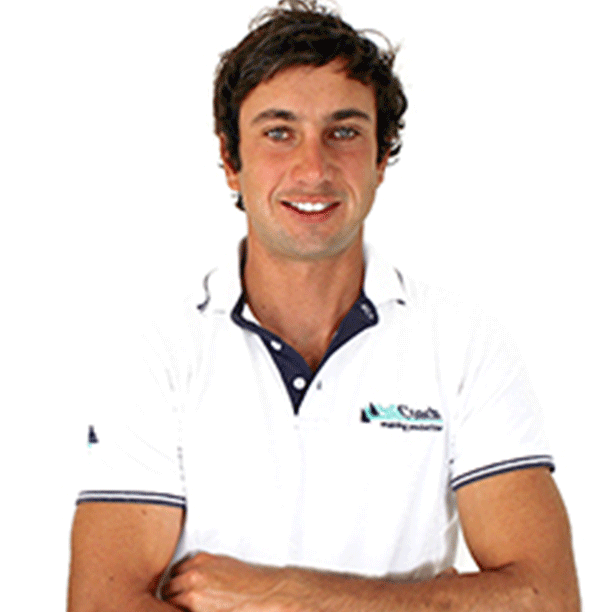 Alex first joined SailCoach as an Emerging Nations Programme (ENP) athlete competing in the Olympic Laser World Cup Series. He has proudly represented his home nation Moldova at 5 Laser World Championships and 7 European Championships, a feat never before achieved by a Moldovan sailor. Alex successfully integrated his role as a full-time athlete with that of development coach at SailCoach, imparting his extensive experience across several classes including Optimist, 4.7, Radial, and at the Rio Olympic Games. Achievements in these classes led Alex to take up the positions of Director and Senior Performance Coach with SailCoach, allowing more SailCoach sailors to benefit from his expertise. Alex won a World Sailing Training Scholarship which further developed his skill set as a National Training Programme Manager, allowing him to put in place and manage an effective and sustainable National Sail Training Programmes. Alex studied at the Academy of Economic Studies of Moldova and received a Bachelor’s Degree in Economics and he has also earned a Diploma in Coaching and Sports Management from the National Institute of Physical Education and Sport, Moldova. He further holds a Level 4 Certificate in the Foundations of Coaching from the University of Malta. He is fluent in English and a native Russian and Romanian speaker 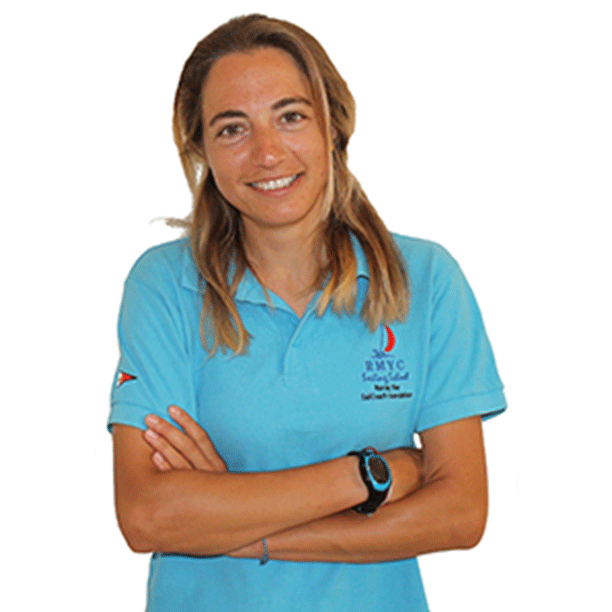 The first thing that impresses you when you meet Rüya is her passion for being on the water, and she’s able to pass that passion onto her students successfully. From Istanbul in Turkey with a degree in Business Administration from the University of Bahçeşehir, after successfully finishing her degree, Rüya travelled to New Zealand, where she took a language course in Auckland and spent her free time teaching sailing. Upon returning home, she worked for the biggest water sports company in Turkey before joining SailCoach in 2016 as Chief Instructor at RMYC Sailing School, bringing with her a wealth of experience in the industry. Rüya has also gained a lot of experience coaching Optimists, both in New Zealand and with SailCoach, and has worked alongside several world-class coaches, gaining an abundance of experience with that class. Recently Rüya has achieved success coaching in the RS Feva class, with her young athletes having podium finishes in both the European and World Championships. 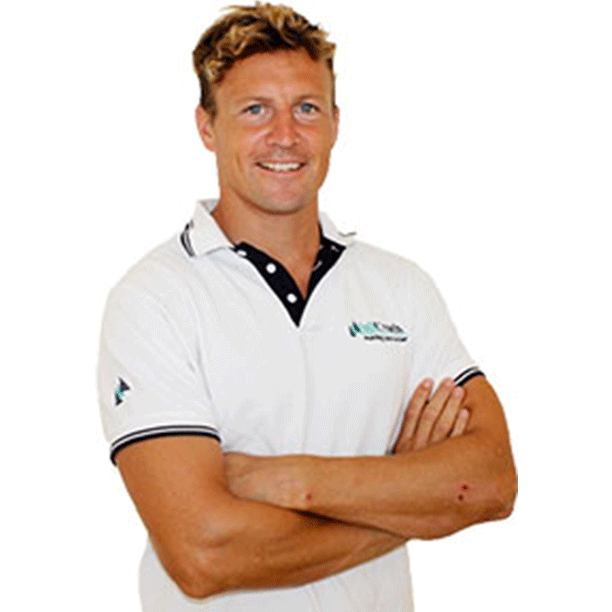 Roger is currently the Performance Director at the Abu Dhabi Sailing Yacht Club, where he manages the development of Abu Dhabi sailing. Roger’s passion for coaching has been reflected in an impressive array of results, with his athletes winning medals in the 4.7, Radial and Standard rigs at World and European level. Roger is a Dietitian having studied Dietetics at the University of Plymouth and has a degree in Food Science from University College Dublin. He is an RYA and ISA level 2 coach and a REPS level, 3 personal fitness trainer. As a sailor, Roger represented his native Ireland at World and European level and has won several titles at the national and international levels. As well as coaching athletes on the water, Roger works with sailors dietetically, helping them reach ideal body weight and optimise their nutritional status and monitoring and developing their physical conditioning. He is also a talented athlete himself, having completed an Ironman triathlon and several marathons over recent years and enjoying playing team sports like field hockey where he is represented Ireland. 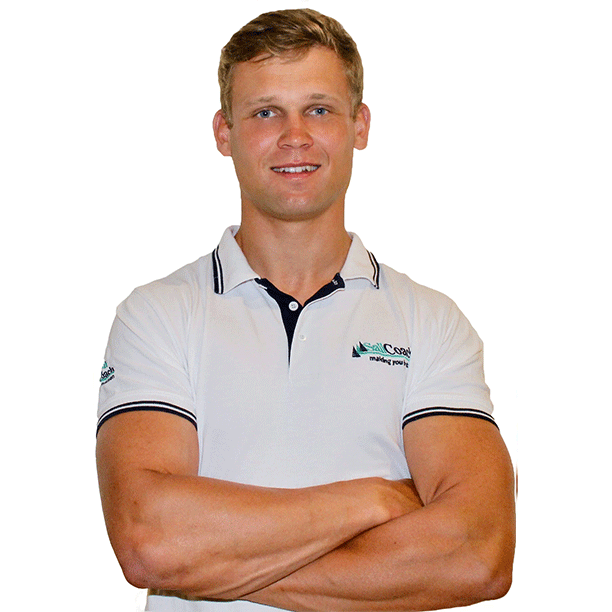 Miłosz has a Master’s Degree in Sailing Coaching from the Polish Academy of Physical Education and Sport. He has taken over SailCoach’s Charter Operations with the new company “Charter Boat” focused on logistic and boat charter solutions. He started sailing from an early age, working his way through a number of youth classes to completing two Olympic campaigns in the Finn class. He has been a member of the Polish Olympic Sailing Team from 2008 to 2016 and finished second at the 2011 Junior Finn Worlds. He was also a regular top 20 sailors in the Sailing World Cup regattas. When he is not sailing his Finn, he can be seen racing on iceboats where he has been a National Champion at Junior level. As well as his native Polish, he speaks English and elementary Russian. 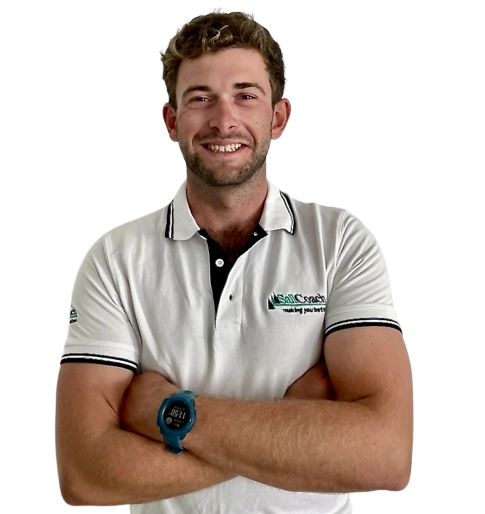 Charlie started sailing at a very young age in a variety of classes competing first in the Cadet dinghy both nationally and internationally. Following this, he moved into the Laser Radial (ILCA 6) and then the Laser Standard (ILCA 7). Taking part in national ranking regattas around the UK and several Senior and Youth National Championships. Charlie graduated from Nottingham Trent University with a degree in Sports and Exercise Sciences and completed qualifications as a personal trainer and fitness instructor. He was also studying physiology, biomechanics, nutrition and sports psychology, amongst other areas. During this time, Charlie worked for three summers at one of Greece’s most renowned holiday resorts, the Peligoni Club, running the watersports centre. After graduating with honours, Charlie started working for the Royal Malta Yacht Club Sailing School, where he coached ILCA (Laser), Optimist and Feva, teams. Charlie then transitioned to a full-time SailCoach as a high-performance coach staff member, where he has since run a variety of camps and coaching at regattas both within Malta and internationally. Using his experience as a sports scientist and personal trainer, Charlie has also guided several athletes and groups with fitness programmes, nutritional guidance and basic sports psychology. Finally, SailCoach tasked Charlie with running the Yachting Association of India training camps for sailors from their national teams. 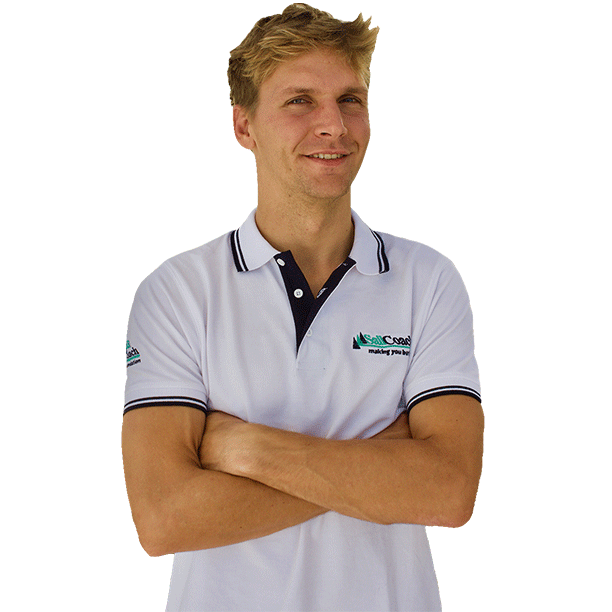 SailCoach is more than a coaching organisation…

Our customer support team is here to answer your questions. Please ask us anything you need to know? At certain times of day, it may take a little longer to get back to you.
👋 Hi, how can I help?
Hi, how can I help?